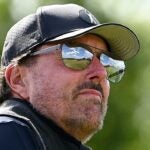 Check in every week for the unfiltered opinions of our writers and editors as they break down the hottest topics in the sport, and join the conversation by tweeting us @golf_com. This week, we discuss LIV Golf’s first event, the PGA Tour’s response and what to look out for at the US Open this week.

1. Well, that was a week. But let’s begin with the week ahead. The US Open — you might remember! —begins Thursday at The Country Club, in Brookline, Mass. Of the storylines swirling around the event, which one most has your attention?

Nick Piastowski, senior editor (@nickpia): Tea storyline is Phil and the LIVers, but I’m very interested in The Country Club. Olllld school. Blind shots. Ups and downs and lefts and rights. Trouble everywhere. Which Phil will no doubt find.

Josh Sens, senior writer (@JoshSens): I can’t argue with that. It’s been more than 30 years since the event was here. The course has been renovated to rave reviews. People I’ve talked about about it say the conditioning is pretty much perfect for the event — the rough especially juicy and the greens heading toward crusty. The better the course, the more interesting the golf. That rule should apply here

Claire Rogers, social media manager (@kclairerogers): Phil vs. The Crowd. I’m extremely curious to see how Mickelson is received on home soil this week at our national championship! Will they cheer? Will they boo him? Will they put all the LIV stuff aside and just hope he hits bombs? This feels like a reality TV show unfolding right before our eyes, and I am here for it.

Dylan Dethier, senior writer (@dylan_dethier): Rory McIlroy (and Justin Thomas) have planted their PGA Tour flags. I’m fascinated to see the dynamics between players in their camp and pros who have made the jump to LIV. How will it be with McIlroy and Mickelson? Will they even see each other? Will they be paired together? And, of course, who is going to make the leap next?

InsideGOLF member exclusive: Join Sean Zak and Dylan Dethier at 11 am Monday for a live conversation about what the first LIV Golf event was like on site, plus what the new league means for the game. Not a member? Join here for only $20/year.

2. OK, let’s talk LIV. The controversial, Saudi-backed league began play last week at the Centurion Club in London; there were bells and whistles with a team draft, shotgun starts and gigantic purses, and golf was played, with Charl Schwartzel claiming the crown. We’ll ask a few questions here. First, your biggest takeaway from the week?

Piastowski: The golf was lifeless. I’ll just leave it at that.

Meaning: That whatever you think about the league, it has gained far greater traction than any of us predicted in this space. Also, as I said last week: the divided opinions over it are mirror of our own deeply split politics. The anger and accusations in both directions are a depressing reminder of problems far more important than golf.

Rogers: A LOT of people are involved. And I’m not just talking about the golfers. Jessie J performed, trumpets were played on the first tee and Dennis Quaid narrated a hype video. The whole thing felt kind of like Coachella … with a golf tournament. It was a huge production that was clearly well-planned, so I’m curious to see what else they have in store.

Dethier: It’s definitely not going away! And — as with everything — opinions on the matter are becoming increasingly polarized and political. That will continue. I think the PGA Tour needs a response that includes upgrading its own product to make sure that the Tour’s biggest events are the envy of the golfing world. Thus far they’ve mostly stuck to the status quo.

3. Considering all elements of the event — the play, the format, the players, the promotion — what most surprised you?

Piastowski: I actually didn’t mind the team concept. If the players invest in it. Our Sean Zak reported that the winning team — don’t ask me the team name because good lord — was rigged to get certain players on it, so there’s that. But I like the idea. If there were actual franchises, and players huddling around the last player on the last green and such, there could maybe be something there.

Meaning: I wasn’t expecting a conventional event or broadcast. But the busy-ness of the graphics and carnival aspect of the promotional stuff around it—that was all more intense than I expected

Rogers: There was so much money and talent involved in the event, yet the team names and logos reminded me of a local little league baseball tournament. I was expecting more in that department.

Dethier: I was thinking “Backyard Baseball,” Claire — I don’t think your local Rotary Club could afford to sponsor the Fireballs. What most surprised me is how quickly they seemed to pull off some of these last-minute signings. There is cash available and it is available now. DeChambeau was out and then, poof, he was in. Ditto with Patrick Reed and Pat Perez. More will follow. Who will they be?

4. Soon after the event began, the PGA Tour suspended its members who were playing in London and said it would do the same to players who might follow. Two questions: What do you make of this move? And with one week of LIV in the books, what the Tour’s next best move, in terms of protecting its turf?

Piastowski: The Tour had to do the move, but without buy-in from the majors, it’s kind of meaningless. It sounds like some of the LIVers are upset over it all, but a few mil should tide them over. As for the Tour’s next best move, sit down your stars, listen and act upon what they want, receive some sort of commitment and invest and promote them heavily. Do they want fewer tournaments? Cool. Do they want alternative events? Cool. Whatever it is, do it. LIV won’t win with the 45-and-older set, but they could if they continue to gobble up players like Bryson DeChambeau and Talor Gooch.

Meaning: I’m not sure what other response the Tour could make to the players at this point. In terms of protecting its turf, it’s all about the majors and the other four of the Five Families of golf that run them. The Tour will need their backing if it wants to stave off more defections.

Rogers: I think the Tour had no choice but to suspend players. They were kind of cornered into the decision, but I do wonder if they’re going to have to compromise at some point down the road. They lost a lot of players to LIV this week. I think the Tour’s next best move is a) adjusting their schedule to give players more of an off-season and b) working with the best amateurs in the game to ensure the Tour remains the place that they have always dreamed of playing. That means highlighting legacy and tradition more than money.

Dethier: I mentioned this above, but the Tour needs some sort of super-series so that fans know when they need to pay attention and when they’ll see all the top dogs. That means 12-18 events (including the majors and the Players) with elevated purses, creative format tweaks, franchises, team aspects and all the best players going head to head. The best move for the Tour to protect its own turf is to flex its existing rights deals and give people the best golf TV product they’ve ever seen.

5. Earlier in the week, Mickelson opened up some on his absence to the Morning Read‘s Bob Harig, admitting he had a gambling problem, then stayed relatively quiet through the week and tied for 33rd in the actual event. What did you make of Phil’s return?

Piastowski: That he was just kinda there. Though, I guess I didn’t expect much more at this point. It’s all sad really.

Meaning: Not surprising that his play was rusty. What struck me was his solemnity. He’s admitted that he’s wrestling with personal issues. So obviously not everything is rosy in his world. I kept thinking how miserable he must be. He sure looked it. This can’t be how or where he wanted to be with his career at this point.

Rogers: A month ago, I thought Mickelson would be the face of LIV Golf. He got lost in the crowd once the event started, which I think was the best-case scenario. I’ll consider his start at the US Open his official return.

Dethier: Pretty somber response from the three writers above me, but I’m not sure what the other side of this could be. If there’s no such thing as a free lunch there’s definitely no such thing as a free nine-figure contract. In pursuing golf’s advertised version of “free agency” Mickelson seems more beholden than he’s ever been, and I’m not sure that will make him happy. I’m fascinated to see how and what he does at this week’s US Open. Mickelson got absolutely paid. But at what cost?

6. Boston loves its sports, and has no shortage of vocal fans. What do you think the reaction will be to Mickelson and the rest of the LIV contingent playing in Brookline?

Meaning: As a native of the area, I expect polarized reactions. Open-throated support and harsh handles. Boston fans have a rightful reputation for their passion and cruelty. They can also be wicked funny. The atmosphere will not be staid.

Piastowski: I’ll lean on Josh here and agree that you’re gonna hear some things. And if the USGA has any humor, please put Phil in the late-afternoon tee time on Friday, maybe with DeChambeau and Reed, when the crowd is well oiled on Sam Adams.

Rogers: I think he will be heckled on the first few holes on Thursday, then I think the fans will just want to see interesting golf. And they’ll cheer for whoever gives that to them, Mickelson included.

Dethier: I think most golf fans know generally about the LIV stuff but most of them know that they like Phil Mickelson, and they like Phil Mickelson. His may be the most-followed group, especially if he can string together a couple solid rounds. But yeah, there will be plenty of biting commentary from my fellow Bay Staters. It’s going to be a hell of a week.