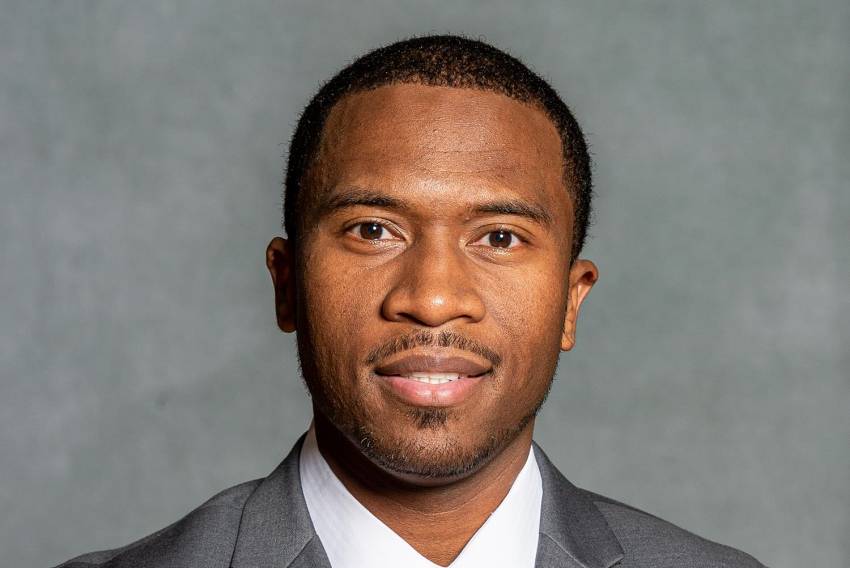 “First, I would like to thank Vice President of Student Affairs Alicia Bourque and Director of Athletics Brett Simpson for their belief and trust in me for this opportunity,” Reyes said. “I am extremely blessed and honored to lead the men’s basketball program at Loyola University New Orleans. My wife and I are excited to be a part of the Wolf Pack family and humbled to be able to represent the city and University with all of its excellence. I’m grateful to return home and connect with the campus and community that make Loyola special.”

Leading Reyes’ strong candidacy was his more than 15 years of experience at the NCAA Division I level, with stops at Arkansas State, Tulane, Bethune Cookman and Texas A&M-Corpus Christi during his professional career. Reyes’ experience throughout his career made him well prepared to continue Loyola’s excellence on the court and in the classroom. Simpson also believes Reyes shares the same mission of preparing student-athletes to live their lives with and for others when they leave Loyola.

Reyes will also become the first black head coach in the program’s history.

“We had an extremely talented candidate pool and very early in the process, Donald Reyes separated himself with a belief system that aligns with our Jesuit mission of pursuing excellence both in the classroom and in competition,” Simpson said. “Donald has worked with talented coaches and student-athletes who have helped form him as a coach. We look forward to him leading our student-athletes and we are excited about this new era of Wolf Pack basketball. We welcome Donald and his wife home to New Orleans and Loyola University.

Reyes comes to Loyola after one season at Texas A&M University-Corpus Christi, where he served as the program’s Director of Basketball Operations and helped the Islanders reach the NCAA Tournament for the first time in 15 years. He oversaw all aspects of the program, was the recruiting coordinator for official visits and operated as the main contact for the athletics marketing department and student organizations. Before that, Reyes was an assistant coach at Bethune Cookman University from 2019 to 2021 where he led recruiting, scouting and player development efforts, as well as heading up all basketball operations for the Wildcats program.

A native of the New Orleans area, Reyes graduated from John Ehret High School in Marrero before earning a Bachelor’s of Arts degree with a minor in sports communication and business from LSU in 2009 and a master’s in sports administration from Arkansas State University in 2011. at LSU, he served as a student manager and film exchange coordinator for the men’s basketball program that had two NCAA Tournament appearances, including a Final Four run in 2006, then worked as an assistant coach for Frank Phillips College in Borger, Texas, for a season before joining Arkansas State as a graduate assistant. With the Red Wolves Reyes helped edit game film and created scouting tapes and breakdowns of opponents, all while serving as an athletic compliance intern for the athletics department as well.

After graduating, Reyes returned to the Crescent City to join Tulane’s men’s basketball staff, holding several positions during his seven years with the Green Wave. He worked as the Director of Player Development, Director of Basketball Operations and the Assistant to the Head Coach from August 2012 to June 2019. His roles include coordinating skill workouts, assisting with travel, overseeing all aspects of the program’s budget, on-campus recruiting coordinator, academic liaison with on-boarding of the student-athletes, and marketing and public appearance coordinator.

Reyes will be moving back to New Orleans with his wife, Anglea.

The university will host a welcome reception to introduce Coach Reyes later this month. The day and time will be forthcoming.

“Donald is a hard-working, high-character, energetic coach who has an amazing impact on developing young men. He has an unbelievable gift for bringing people together on and off the court and in the community. He has the ability to combine love, trust and accountability as well as anyone that I have ever seen. Loyola is not only getting a great head basketball coach, but they are getting a great person and family man. We wish him and Angela nothing but the best and while we are sad to see them leave, we know that great things are ahead for them and the Loyola community.”

“Donald is a winner in every sense of the word. He will be relentless in his work ethic and will continue the great tradition of the men’s basketball program without sacrificing his integrity. Loyola university made a big-time hire!”

“Donald Reyes is an outstanding choice to be the new head basketball coach at Loyola University. Donald worked with me at LSU and also at Arkansas State. He understands the game and is an excellent communicator and teacher. His commitment to the overall well-being of the student-athlete will fit what Loyola stands for. His ability to get along with people will spread throughout the campus and this will also be reflected in the success he will have in the recruiting process as well. An excellent hire by Loyola in the selection of Coach Reyes!”